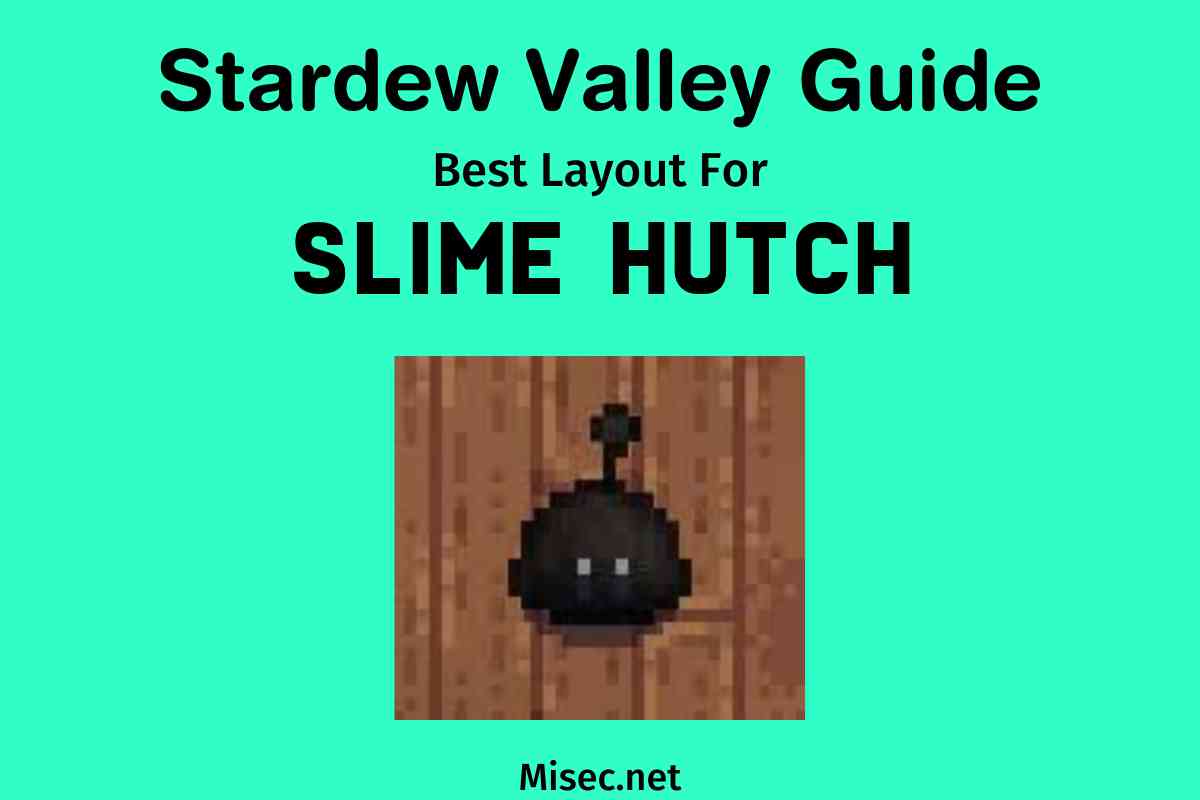 Your slims will keep making slime balls as long as you keep on refilling your slime water area every day. As mentioned above, a full slime hutch can yield around 60 slimes per day.

You require 100 slimes to make a slime egg. Slime eggs can be sold for 1000-5000 Gold. In case you have a lot of slimes, you can turn them into eggs and sell them for profit.

Slime Eggs selling prices by Slime color are given below.

You can kill slime to get valuable items. Like killing red slime could drop coal, gold ore, and diamonds. Killing Purple Slime will give you iridium, coal, and diamonds.

When you buy the Slime Hutch, you’ll get a Slime Egg from Marlon to help you start breeding slime. Slimes will require lots of water to make slime balls. The slime hutch comes with 4 water troughs. You’ll have to refill them with water regularly so that slimes can produce slime balls.

The Slime present inside the slime hutch will try to hurt you by jumping at your player. You can use a slime charmer ring to keep yourself safe from damage and injuries.

Sometimes Slimes also give Slime Eggs. Each colored slime gives eggs of the same color as itself. These eggs can be used to hatch new slime as well. The new slime eggs can be sold as well. Their selling price varies with various colors.

Slides hatch out in the same color as their respective slime eggs. The purple eggs will hatch purple slime, red slime will hatch red slime, green will hatch green slime & blue eggs will hatch into blue slime. The hatched slimes’ gender is random and can not be predicted until the eggs get hatched.

You are going to require both male and female slimes for them to breed. Also, Slimes require water to produce slime balls. A male slime that has a round antenna will mate with a female slime. If both the slimes show a heart at the time of mating then they will have surely have a baby of the same color and HP as them HP but only half of their size.

These slimes can be further used by you to make more slime eggs. Stay alert when you go in to feed them because they will surely try to attack and mob you, especially the Grey ones. For better security, you can also use pathway blockers like fences and statues, which will trap and isolate them.

You can still gather slime balls and the isolated slimes will still reproduce from them. You can use steel or copper upgraded Watering can to fill water troughs automatically with the need of entering the area. Enclosing the water sources anywhere will do fine, as the slimes don’t need to reach the water troughs.

Slime Ring will make you immune to any danger from slimes. How to get a slime Ring? You will have to kill more than 1,000 slimes. They only can get a slime ring for the adventurer’s guild.